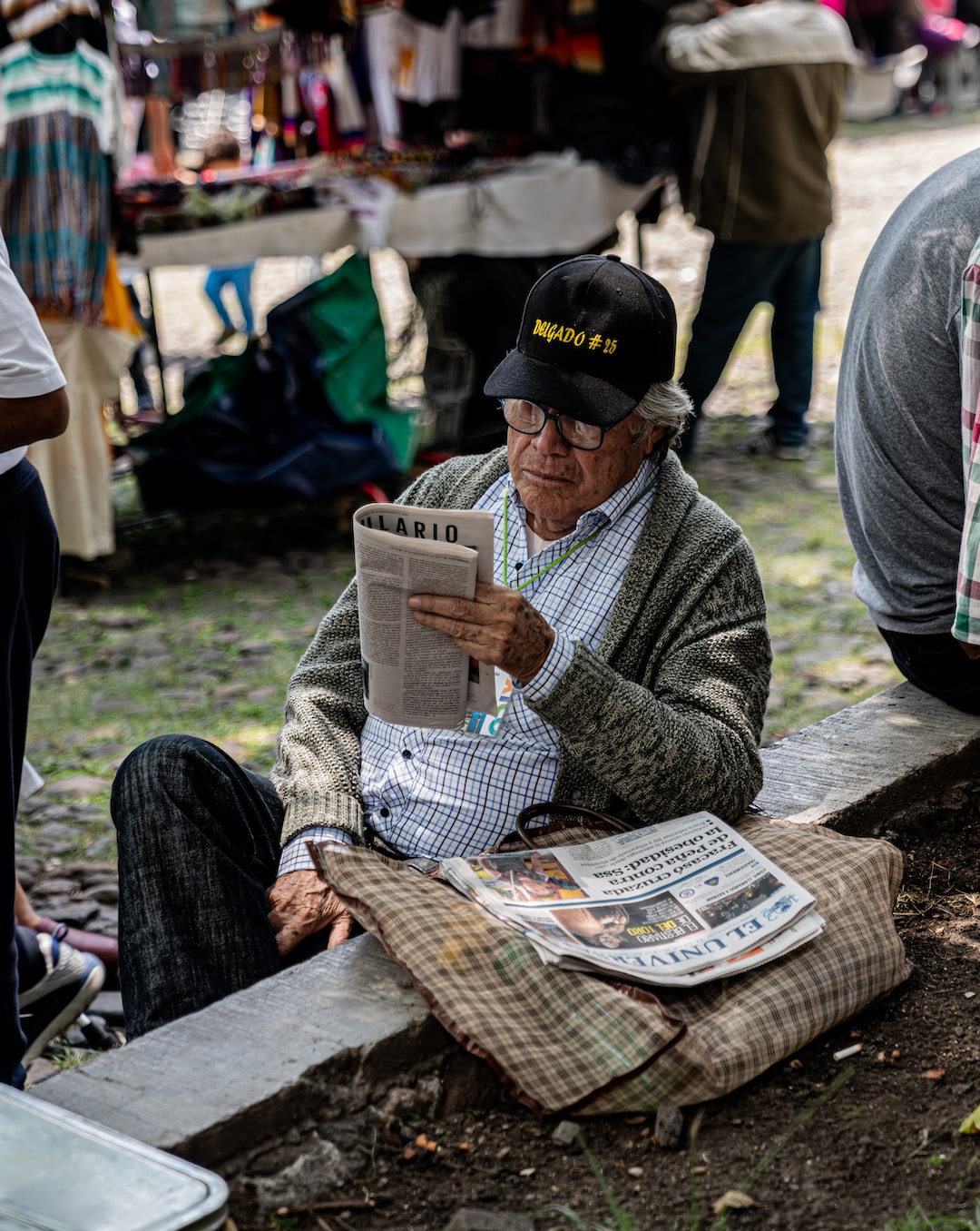 Hello dear readers, I hope you all had a good Easter break.

Last week’s State of Fintech report from CB Insights had some striking stats. The first quarter of the year saw an 18 per cent quarter-on-quarter drop in funding, the largest since 2018 (though it was still the fourth strongest quarter on record).

At the same time, deals were up 7 per cent to a record high of 1,399. It’s more evidence of a shift towards smaller, earlier stage models.

I also wanted to share a couple of upcoming events for fintech fans. Tomorrow and Wednesday, the FT will host its first Crypto and Digital Assets Summit. Register today at: ft.com/cryptosummit. Tomorrow, I’ll be interviewing keynote speaker David Mercer, chief executive of LMAX Group at 3:55 GMT +1, and on Wednesday I’ll be chairing a panel on NFTs from 1:55 GMT +1.

The FT is also proud to host its Future of Finance event, live-streamed from the heart of Europe’s leading tech festival, The Next Web (TNW) taking place June 16 – 17. Join us in exploring how new technologies continue to uproot existing banking operations and how fintechs are quickening the rate of transformation. Register for free here.

As ever, send your thoughts, queries and philosophical riddles to Imani (imani.moise@ft.com) or me (sid.v@ft.com). Happy reading!

Trouble for Tinkoff as it looks at super app status

In Tinkoff Bank’s 16 years of operation, the business has survived the global financial crisis, Russia’s previous currency and energy shocks in its 2014 financial crisis and the Covid pandemic — and with each event it has reinvented itself and attracted even more customers.

Yet for Russia’s third-biggest consumer bank by active customers and the country’s most successful fintech, last week was arguably its most dramatic.

Last Tuesday, Oleg Tinkov, the outspoken founder of the group, unleashed an expletive-strewn volley of social media posts, denouncing Russia’s invasion of Ukraine. Despite the bank’s protestations that Tinkov was no longer a majority owner and did not speak on its behalf, several customers posted on social media images of cut-up Tinkoff credit cards in support of Russia’s armed forces.

By Friday, the bank said it planned to rebrand itself with a new name this year, citing “recent events”. The group’s co-chief executives, who had earlier relocated from Moscow to Dubai, then revealed they were quitting the business and setting up a new venture.

The developments come at a crucial point in Tinkoff’s evolution from online credit card company to Russia’s answer to Ant Financial, a super app provider that offers a range of ecommerce and fintech services to more than 20mn customers.

“It is the best fintech in the emerging world,” said David Nangle, founder of VEF, a fund management business that at one point owned 3 per cent of Tinkoff but sold its stake two years ago.

The bank’s current business model is a far cry from the original plan for a monoline credit card company, following the model of Capital One in the US. Tinkov enlisted British financier Oliver Hughes, who was running Visa’s Russian operations at the time, to be chief executive in 2007.

The goal of selling the business within a few years was derailed by the financial crisis, so the pair pivoted to offer current accounts with attractive rates, and then cross-selling customers other financial products and services such as insurance, trading and payments. Services have broadened further to areas including travel and cinema tickets.

Being solely online has meant the business has been able to adapt to national crises much more easily than its more traditional branch-centred rivals.

Before Russia’s invasion of Ukraine, the bank was looking beyond its own borders for its next stage of growth. The plans included launching a business in the Philippines, where the bank has already started applying for a banking licence, and acquiring a payments company in Latin America.

In January, the bank bought an 83 per cent stake in a Swiss cryptocurrency start-up.

Ilan Stermer, an analyst at Renaissance Capital, said that certain parts of Tinkoff’s offering would be badly affected by the war. Its retail investment arm is likely to be hard hit by the collapse of the Russian stock market and its travel booking business will suffer as well as Russians are less likely to travel abroad, Stermer said.

Nangle added that while international growth has become much harder, it was still the logical next step for Tinkoff.

“The best emerging market companies rise above the malaise of their domestic countries,” he said. “What has happened in Russia in recent weeks makes global expansion more desirable, but arguably a lot more difficult than before.” (Owen Walker)

Goldman Sachs sought to woo FTX at Caribbean meeting Goldman Sachs chief executive David Solomon met FTX founder Sam Bankman-Fried last month to discuss closer ties, report Tabby Kinder and Eva Szalay. It is another sign of crypto’s growing influence even as regulatory questions remain. The meeting comes after Bankman-Fried told the FT last year that buying an institution like Goldman was not out of the question if it became the world’s largest crypto exchange.

Robinhood to acquire UK crypto firm Ziglu The US retail brokerage, once best known for mid-pandemic meme stock trading, is making its second effort to break into the UK, writes Joshua Oliver. Its purchase of Ziglu hands it one of the few crypto groups to have won approval from the UK’s financial regulator.

A quarter of young people would trust scam messages New research from Visa and Aston University also discovered that the same proportion of 18-34 year olds would not check for spelling and grammar mistakes, raising questions about their ability to detect fraud. The findings are disturbing at a time when scam messages are on the rise.

I spoke to Peter Keenan, chief executive and co-founder of APEXX Global, which helps merchants plug in to the broad range of payment methods and providers. Founded in 2015 in London, it has raised $12mn from investors including MMC Ventures, Forward Partners and Alliance Venture. Prior to founding APEXX, Keenan worked at HSBC and mobile payments app Zapp, which was sold to Mastercard.

How has the payments industry changed during the pandemic? The major trend has been a move away from cash, to digital payments. While cards are still the dominant factor for online payments, we’ve seen alternative payment methods such as digital wallets, take a large share. What we have seen with regards to card schemes like Mastercard and Visa, is that the ones who have lost out as they have raised fees are smaller merchants.

What are the effects of geopolitics on the payment sector? The biggest trend we’re now seeing is that more and more countries are taking control of their payments. I think what’s happened with Russia and the debate about banks turning off access to Swift means that governments are really waking up to the fact that they don’t want to be beholden to the US or China. UnionPay, the Chinese card scheme, is the largest in the world, and is very strong in Asia.

How would you view the success of open banking? It’s probably fair to say that it has been overhyped, but it has been very good at allowing fintechs like ours to access more data. I think the key point is going to be around making better lending decisions with a smaller amount of friction when all of a sudden all these businesses can have access to a third party. Open banking as a way to make payments is there, but it’s still clunky — you still have to log into your banking app and do a push payment, it just does not deliver a material benefit for customers.

How do you see the buy now, pay later sector playing out? Within retail, it’s become a very important part of the ecosystem — anywhere from 10 per cent to 30 per cent of people are choosing the BNPL solution at checkout. From a technical point of view, the idea of “buy now, pay later” is not new, but it’s the digitisation that’s been key — in the old days, you had to go in store and get a credit application from a retailer. Today, it’s all done online, and it’s very easy access to interest free credit. But the problem comes when you have customers who don’t realise that it is a credit product. From our standpoint, we welcome regulation that ensures that customers are properly protected — regulation is a critical part of the business growing up.